meeting Has PasSED
Meeting has been Cancelled
Tuesday, May 24, 2022
7:00 pm
Join the Virtual Meeting 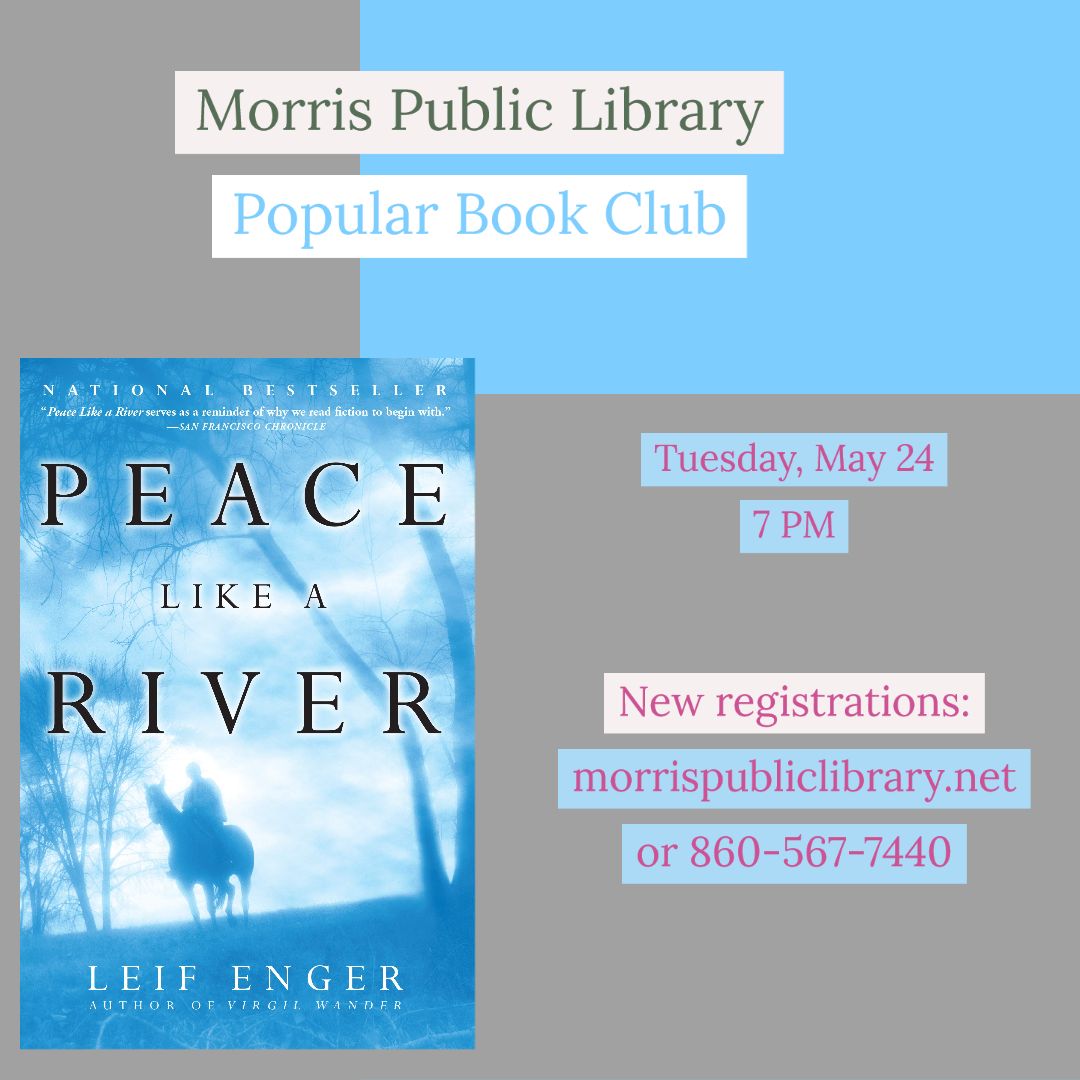 The Popular Book Club will meet at the Morris Public Library on Tuesday, May 24, 7 PM and discuss "Peace Like a River" by Leif Enger.

"Peace Like A River", a debut novel by Leif Enger, was launched to critical acclaim in 2001. Now a perennial, best-selling American classic, it is at once a heroic quest, a tragedy, and a love story, in which “there is magic... none more potent that Leif Enger’s prose” (Newsday).
Enger brings us eleven-year-old Reuben Land, an asthmatic boy in the Midwest who has reason to believe in miracles. Along with his sister and father, Reuben finds himself on a cross-country search for his outlaw older brother who has been charged with murder. Their journey unfolds like a revelation, and its conclusion shows how family, love, and faith can stand up to the most terrifying of enemies, and the most tragic of fates.

New registrations for the Club: 860-567-7440 or https://morrispubliclibrary.net/library-calendar-event.../